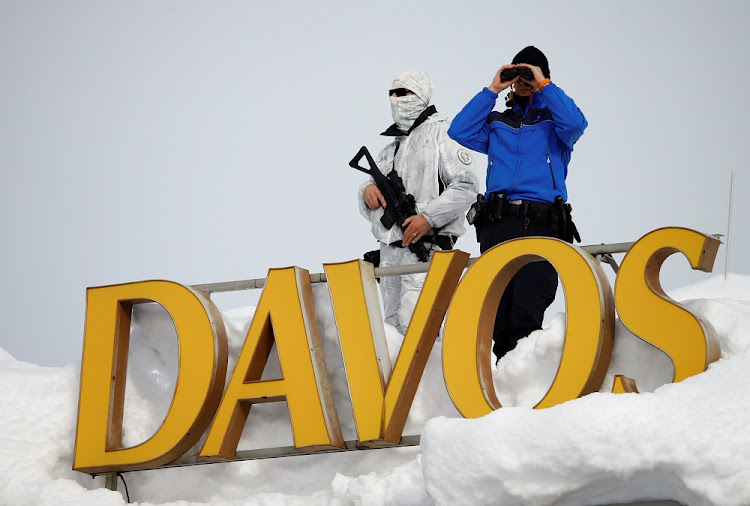 The World Economic Forum’s (WEF’s) annual jamboree in the Swiss ski resort of Davos always presents a depressing spectacle. The business hosts who pay for the thing are drawn from the biggest companies. Top-flight central bankers, international financiers, media bosses and institutional investors from around the world join them.

Drop-in politicians in 2018 include leaders from the Group of Seven countries, Latin American and Asian emerging economies and even the once-shunned small states of the global South. Despite a few trade unionists, charity bosses and “ethical business” gurus, this meeting is between money and political power, showcasing the WEF’s general mission of “improving the state of the world”.

Davos offers some valuable reminders of important truths. Multinationals, international banks and institutional investors act quietly but they are the most powerful actors in global affairs. The inane reflections of almost all Davos participants confirm a second unwelcome fact: the world’s businesses, like her peoples, are not led by intellectual giants.

A decade ago, democracy and markets were inexorable. Today, relatively modest economic and political setbacks in the West apparently point to an equally inexorable, if variously characterised, socioeconomic cataclysm.

In the postcolonial South, ordinary people know that economic processes are international in nature and that the fates of nations are decided by forces and actors that lie outside their borders.

The view from the charmed zone of the Organisation of Economic Co-operation and Development has been different. For decades, citizens believed democratic elections gave them some real say in how their countries were run. This rosy post-1945 notion has now been thrown into question. Hundreds of millions of Asians may have gained from trade and investment flows in recent decades, but the middle and working classes in established democracies have wage stagnation and growing inequality. The challenges posed by technological change are mounting.

American elites have suffered another delusion about “liberal internationalism”. Trade and economic openness they have believed, perhaps rightly, were the keys to their own countries’ postwar stability, peace and economic growth. Less plausibly, they believed the spread of democracy and markets would eventually bring the various “fly-on-the-wall countries” of the global South into the circle of prosperity.

Davos delegates have been seeking out solutions this week to the crisis of confidence in both democracy and capitalism they see today in wealthy societies. One popular Davos diagnosis of the West’s current travails is that liberal internationalism is suffering from a “crisis of success”. The spread of global markets and democratic mobilisation has led to such “complexity” that existing institutions can’t cope.

Others claim international economic integration threatens domestic political stability because Asian wages are rising while western workers and middle classes face stagnation. Domestic populations need to be reassured their elites have the interests of locals in mind.

Resurgent nationalism has been treated as a sociological product of deep and intractable processes and rarely as an outcome of weak education systems, the changing dynamics of democratic competition or — God forbid! — lamentable and unethical political leadership.

The WEF’s thought leaders have mostly skirted around the problem of growing inequality and the extraordinary accrual of wealth by the very top 1% of citizens — people like themselves — over the past two decades. Perhaps we will all just have to live with it.