ANTHONY BUTLER: Is the government sloppy or is it indifferent to judicial scrutiny? 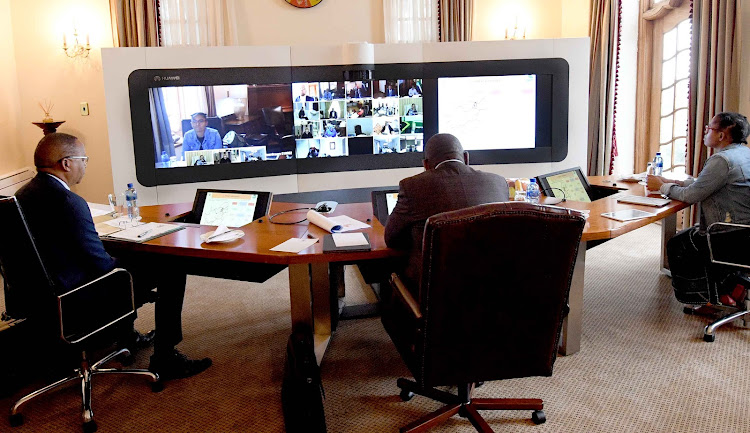 The courts and the government have been at loggerheads this week. Does this mean SA is heading for a constitutional crisis?

There was a successful court challenge to lockdown regulations that had required registration of essential businesses with the Companies and Intellectual Property Commission. Then the North Gauteng High Court issued a court order prohibiting the government from dragooning some of those who test positive for Covid-19 into state quarantine facilities.

And co-operative governance & traditional affairs minister Nkosazana Dlamini-Zuma narrowly escaped contempt of court proceedings in a complex tobacco ban challenge. Finally, in a ruling of wider significance, the Pretoria high court found that numerous regulations declared under the state of disaster were “unconstitutional and invalid”.

Were the government’s sloppy submissions merely the result of a “lackadaisical approach to litigation by the state”, as one legal commentator has observed? Or do they demonstrate a growing indifference or even hostility towards judicial scrutiny?

Our judges do not bask in popular adulation. When asked in 2018 by Afrobarometer, “How much do you trust courts of law?”, 45% of respondents replied “not at all” or “just a little”. Fewer than one in three SA citizens trust judges “a lot”. Farcical presidential commissions of inquiry fronted by judges, and a failure to prosecute blatant criminals from the Jacob Zuma era, have helped undermine the reputation of the judiciary and the criminal justice system as a whole.

In the past, critics of the courts within the governing ANC have been counterbalanced by powerful proponents of constitutionalism. As Ronald Suresh Roberts illuminatingly explained more than a decade ago, this was essentially a pragmatic balance: Thabo Mbeki and his allies saw the law as a backbone of apartheid, but they also insisted it was an essential instrument of societal transformation. Moreover, constitutional government was a precondition for participation in a broadly benign international financial and regulatory order.

Covid-19 may have changed everything. The lockdown, in the president’s ill-chosen words, will “destroy the economy”. Tax revenues have collapsed, and unemployment looks set to rise, perhaps by millions. In a devastating and tragic miscalculation that SA’s government can do little to influence, the wealthy countries of the north have comprehensively failed to provide necessary support for the developing south in this time of exceptional crisis.

Bretton Woods institutions’ funding parameters are entirely inadequate to the magnitude of the challenge. As the economist Dani Rodrik recently observed, the International Monetary Fund (IMF) rapid financing instrument offers loans equivalent to less than 1% of any country’s GDP; at least 10 times as much funding is needed to make a significant impact.

Given conflict between the US and China and the disarray among global political leaders and in international institutions, vulnerable countries such as SA are being thrown back on their own resources. This has handed the agenda to the protagonists of simplistic state-driven modes of “development”.

In a leaked draft presentation, the ANC’s economic transformation committee has proposed a range of sweeping and fantastical interventions. Insofar as can be ascertained, the money to take them forward will come from some modality of Reserve Bank “quantitative easing”, from pension funds and ultimately from other domestic savings.

The ANC’s menu of proposed actions will quickly run up against the fiduciary duties imposed on pension fund trustees and the requirement that public institutions such as the Reserve Bank provide reasons for their actions. Major private sector actors, including banks, institutional investors and asset managers, will regretfully resort to the law to challenge ill-considered and potentially disastrous government actions.

This is where our real constitutional crisis beckons. Such a crisis will not be precipitated unless and until there is a wilful choice on the part of the executive to violate the law and ignore judicial instructions to that effect. Who would bet, right now, that they will not do so?