Instead of imagining a brand new economy, the government should allow more businesses to operate to avert a total destruction 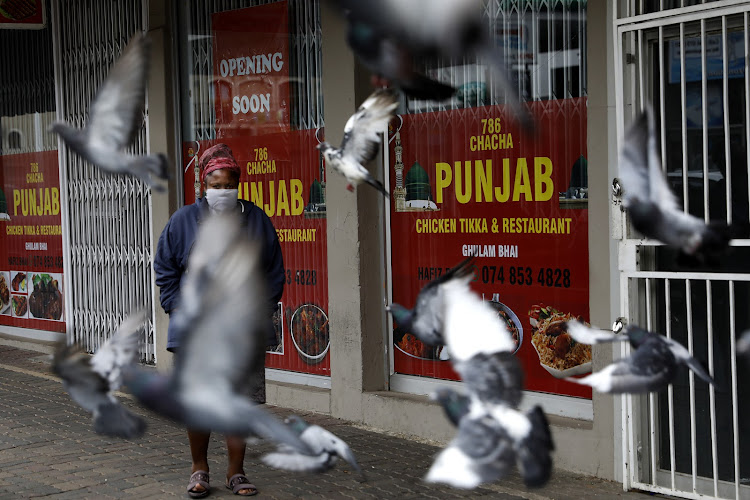 The Covid-19 crisis is stress testing all of our political leaders. Ministers and senior officials are patently exhausted. The uncertainty that surrounds the impact of the pandemic has left their heads spinning.

Covid-19 will be our companion for 18 months or two years, until a vaccine or effective treatment becomes available. The early lockdown was appropriate, but the government has taken too long to register the magnitude of the associated economic crisis. Now it seems curiously unwilling to take steps to ramp up economic activity.

National Treasury predicts an annual contraction of the economy of between 5% and 16%, and between 3-million and 7-million more unemployed people. In the context of often permanent losses in economic capacity, the government should take every step possible to help job- and wealth-creating businesses survive.

Yet the level 4 regulations — and even the level 3 that lies tantalisingly out of reach — fall far short. Economy-transforming e-business platforms that could bring long-excluded smaller enterprises to the market and increase competition are strangled. An informal sector that supports millions of livelihoods is still largely locked down.

Trade & industry minister Ebrahim Patel has dismissed Treasury forecasts and rejected suggestions that businesses should open when and if they can implement health and safety plans.

In parts of the ANC, fantasies are circulating that the patriotic bourgeoisie is poised to buy up assets in fire-sales, perhaps with government help. The fallacy that there is a fixed amount of work in the economy is meanwhile taken to prove that “black” tourism entrepreneurs will arise automatically in the place of bankrupt “white” companies.

Public enterprises minister Pravin Gordhan seems to believe the collapse of domestic and international airlines will create a “space” that can be filled by a thriving new SAA.

The Left has risen from its intellectual slumbers to castigate a private sector “investment strike”, to call for a pliant Public Investment Corporation, and even to demand prescribed assets.

Human beings — politicians and academics included — possess alarmingly little intellectual self-consciousness. We usually adopt theories on the basis that they are politically convenient and intellectually undemanding. Little wonder “modern monetary theory” and the “entrepreneurial state” are so popular among the same politicians and scholars who brought us the parastatal-driven developmental state just a decade ago.

It is interesting, but probably futile, to speculate what President Cyril Ramaphosa’s position may be on the growth of magical money trees in the Reserve Bank. But it is sensible to take seriously his recent words on the “new economy” he ostensibly hopes to create. He reportedly told KwaZulu-Natal’s Covid-19 provincial command council this week that SA is witnessing the “total destruction of our economy”.

Radical economic transformation, he observed, must be central to our post-Covid economic reconstruction: “We are going to have to go for growth in a big and exponential way and be willing and be brave and courageous enough to massify whatever needs to be done”. In the “new economy”, the government will identify growth sectors and “find, create and build jobs for the many of our people who are going to lose [them]”.

Covid-19’s heaviest impact will be in townships, informal settlements and rural areas. Otherwise inexplicable regulations, such as the curfew, a defined three-hour exercise period and a 5km exercise radius (which places Sandton, for example, beyond the reach of protesters from Alexandra) suggest an unflinching government preparing for an extended hard lockdown.

Government is not just witnessing the economy’s “total destruction”, as Ramaphosa claims, it is also partly causing it. There is still time to keep more businesses alive, and to retain the public trust the country will need as it moves into the more challenging phases of the epidemic.

Wishful thinking about the capabilities of a post-Covid government should be saved for another day.