Ndlozi, the EFF spokesperson, was not totally wrong in his sentiments about black players in mostly white sporting codes 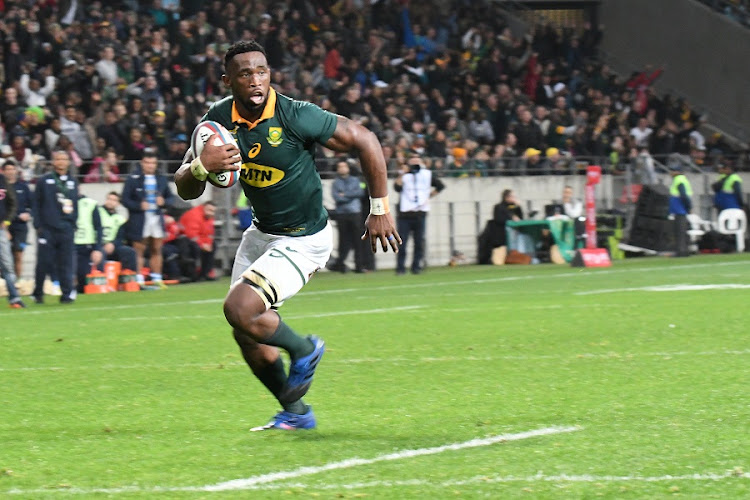 The EFF’s commissar for communications, Mbuyiseni Ndlozi, posted a controversial Tweet in the aftermath of the Springboks’ World Cup victory: “Congratulations to [Springbok captain] #SiyaKolisi … the rest go get your congratulations from Prince Harry.”

There was some sympathy for Ndlozi’s implied question: why on earth was Prince Harry ushered into the Springboks’ dressing room after the match? If this was not an egregious demonstration of colonial privilege, the English will no doubt invite a son of King Goodwill Zwelithini into their dressing room next time their team win a tournament (should such an eventuality ever arise).

Many South Africans were more deeply angered by Ndlozi’s later elaboration: “Telling us the rugby victory means victory over racial division is utterly false.” As the wonderful euphoria fades, however, the question of what has actually been accomplished will return: have the Springboks conjured an extraordinary success out of thin air, without any underlying change in the mass base of sport in the country?

Team captain Siya Kolisi grew up in Zwide township outside Port Elizabeth. As a 12-year-old he so impressed talent scouts that he won a scholarship to Grey Junior in Port Elizabeth and then to Grey High School. This institution’s deep sporting tradition and excellent facilities were crucial to Kolisi’s development.

This school should not be confused with Grey College, SA’s top rugby school, which has produced 22 Springboks since 1996, all of them white. Yet Grey and other top rugby schools — Paul Roos, Paarl Gimnasium and Paarl Boys’ High — field overwhelmingly white first XVs. The Grey College rugby programme has corporate sponsors that include Puma, Powerade, Xerox, KFC and Standard Bank. Why is not clear: black rugby schools in the Eastern Cape — Dale, Queen’s and Selborne — are hugely less well-resourced.

It seems almost churlish to carp. In a validation of much-maligned transformation policies, the pressures on sporting codes to change racial representation at the highest levels have borne much fruit. This is no mean achievement: elite schools, sports academies, and concentrated coaching resources are crucial to top-tier success.

But the result has been a narrow funnel of success. A few schools are destined to continue to generate SA’s elite players, a majority of them white and a minority of them black. Critics can complain that, with the exception of Durban-based Glenwood, we do not have racially integrated elite rugby teams in schools.

Worse yet, there are still few broad-based programmes across the country’s schools as a whole, in which a wider pool of extraordinary talents can be nurtured.

Who is to blame? Only one institution has a network of 24,000 institutions housing 12-million young people: the state.

The government agrees that sport is good for you. After all, there is an annual National Public Servants Sports and Cultural Events tournament at which public servants engage in aerobics, darts, Zumba dancing, and many other activities.

The department of basic education has many priorities: plenty of schools, after all, still lack functional buildings, sanitation, electricity, and water. Nevertheless, a meaningful legacy of the World Cup would be a renewed focus on creating an ambitious sports programme — embracing pupils, teachers and parents — across the public school system as a whole.

Sport builds fitness, social cohesion, and mental health. Above all, it creates the support structures young people need if they are to avoid social pathologies such as drug-taking, alcohol abuse, risky sex, and membership of the EFF.

• Butler teaches public policy at the University of Cape Town