How De Ruyter got to ‘assume the position’ 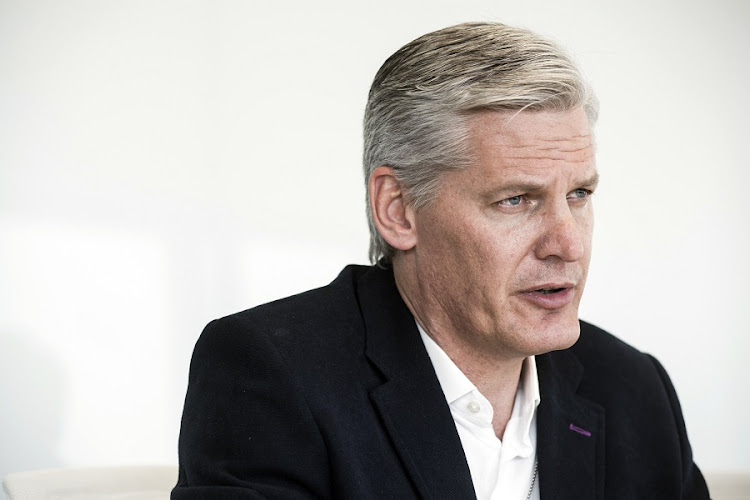 Observers were perplexed this week by the process that led to Andre de Ruyter’s appointment as Eskom CEO. Unexpectedly, the public enterprises minister, rather than the president, made the announcement.

Pravin Gordhan has a hint of Churchill’s Russia about him: he is a riddle, wrapped in a mystery, inside an enigma. Even by his mystifying standards, however, the press release was deeply baffling. It explained that 142 candidates for Eskom CEO were identified in a head-hunting process. Seventeen were short-listed, eight withdrew, the Eskom board interviewed six, four were asked to undergo competency tests, and a “final interview process was undertaken”, after which “the panel ranked three candidates”.

This “final” interview process was followed by “further interviews” which resulted in (the same?) “list of three candidates, with the indication of a preferred candidate”. The president then “appointed a team of cabinet ministers to consider the board’s recommendations”.

This column can exclusively reveal that Eskom’s human resources (HR) department was involved in the board interviews and “competency tests”. Several techniques are used by such HR professionals.

A “structured interview” reveals a candidate’s presentation and communication skills and their “fit” with the organisation’s work culture. Every candidate is asked the same questions to ensure fairness and comparability. The short-listed candidates were reportedly probed with these questions (correct guide answers supplied):

Eskom employment law experts advised that Skype should be used only to make preliminary assessments, and cannot substitute for a face-to-face interview, unless the candidate’s surname begins with “C”.

Recruitment professionals also recommend the use of an in-tray test. This is designed to simulate regular tasks associated with the position and allow direct observation of individual behaviour in the context of a job-relevant problem situation. For example, a candidate can be asked to take a series of coal supply chain contracts from his in-tray and immediately sign them at the bottom of the page without reading them.

Another widely used HR technique is the “leaderless group discussion”. Here a group of participants is told to discuss a topic for a specific period of time. No-one is appointed leader, and the assessors observe and rate the leadership, coaching, and teamwork capabilities of each candidate. This leaderless discussion technique is also known as the “national executive committee” method.

Mystery surrounds the ultimately decisive “ministerial team”. It appears to have consisted of Gordhan, trade & industry minister Ebrahim Patel, mineral resources & energy minister Gwede “Tiger Brand” Mantashe, and the agriculture, land reform & rural development minister, Thoko Didiza. The latter’s presence may flow from the “too many men” HR problem, or from fear of the “Indian cabal” public relations nightmare. Or perhaps the three line ministers simply cannot agree on anything on their own — which helps to explain the Eskom crisis.

The ministers apparently “concurred with the board’s recommendation”. What precisely it is that the board recommended was, however, not revealed.

The successful candidate “assumes the position” in January 2020. To provide a timeous recruitment service, Eskom’s HR department has undertaken an advanced statistical analysis of De Ruyter’s likely period of employment. The data they have collected from previous CEOs’ tenures are as follows: Tshediso Matona (2014-15), Brian Molefe (2015-2016), Matshela Koko (2016-17), Johnny Dladla (2017-18), Phakamani Hadebe (2018-19), and Jabu Mabuza (2019-20). A fresh job advertisement will be in the papers first thing next week.