ANTHONY BUTLER: President’s councils are good for reform, but entrenched interests will be hard to displace

No matter how sensible his advisers, Cyril Ramaphosa will struggle to oust politically connected rentiers 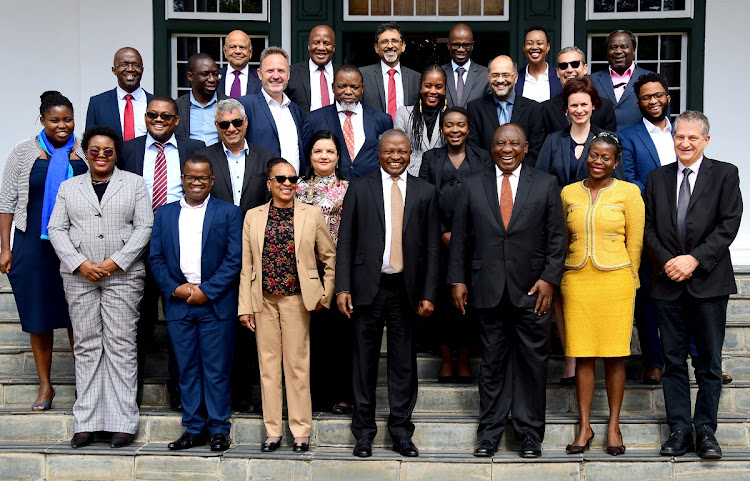 A little over a decade ago, shortly after SAA had received a R1.6bn cash injection, then Treasury director-general Lesetja Kganyago told a media briefing that dealing with SAA was like negotiating with a drunk. The guy was always claiming to be in a state of rehabilitation, but the following day you met him in the pub.

It is less easy to laugh about the latest bailouts for Eskom. Given the scale of these commitments it is little wonder that the ideas in finance minister Tito Mboweni’s economic growth strategy document have fallen on enthusiastic ears.

This new 18-member presidential economic advisory council assembled this week for the first time. In his launch address, Ramaphosa reminded listeners that he will shortly launch an investment advisory council and a state-owned enterprise council.

Ramaphosa may soon need an advisory council on advisory councils to help him steer a course between their conflicting diagnoses, but there is a good deal of merit to the president’s approach. Properly constituted deliberative bodies can rule out the worst ideas and narrow down a menu of technically feasible possibilities.

Moreover, the economic advisory panel is not constituted by top-flight economists who are interested in resolving problems in economic theory. While most members have some economic background, many are veterans of government policy battles from inside the machine.

This is sensible. After all, the value of social scientific ideas does not turn on how interesting they may be to scholars. Most luminous ideas that explain anomalies in the theoretical literature are entirely inapplicable in practice.

What the government can do depends in crucial ways on the character of the state and its parastatals: the experiences and perceptions of officials, and their administrative and technical capabilities. Ramaphosa has chosen experienced policy specialists who understand the challenges confronting the state as it actually exists, including its officials’ conflicting and entrenched intellectual assumptions.

But all this will only take Ramaphosa a short distance. The material interests of powerful actors in society will have far more bearing on his prospects of success than the coherence or persuasiveness of his ideas.

Meanwhile, Eskom’s “elite” managerial tier accounts for the lion’s share of the increased remuneration bill. Employee numbers have increased from 33,000 a decade ago to about 47,000 today. The political costs of cutting this elite welfare system will be steep.

More important still is the coal supply chain, which accounts for about a third of Eskom’s overall costs. Though overall coal usage has remained about the same, costs have risen from about R10bn a year to about R60bn. Courtesy of ANC meddling in board and managerial appointments, the coal supply chain is a veritable roll-call of politically connected rentiers.

The largest obstacle to a comprehensive restructuring of Eskom remains the ANC itself. The parastatal’s problems did not start with state capture under Jacob Zuma, but can be traced to Chancellor House’s involvement in the investment programmes at Medupi and Kusile.

This all began as a party funding wheeze, but it gave a green light to other politically connected businesses to commence their own parastatal plundering. Of course, easy profits are quickly followed by generous donations to party coffers. It will take more than ideas to persuade the ANC to let this system go.